Wax And Sealant: Know The Difference 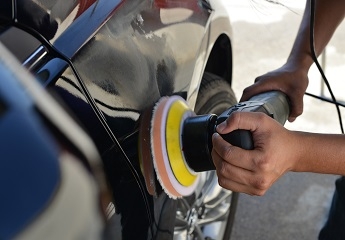 Posted by Chris on 9/28/2019 to GST News
In the automotive detailing industry, there’s much confusion around the topics of Car wax and paint sealant. This uncertainty makes sense since these terms are often mistakenly used interchangeably, and many people have been led to believe that wax is a sealant. While the truth of that statement is often debated, paint sealants have begun to emerge as a separate product in recent years.

Waxes and sealants have distinct advantages that make them better suited for certain applications. Here’s what you need to know.

The Benefits of Wax and Sealant

Paint protection is one of the most vital aspects of the auto detailing process. Both wax and sealant provide a stable coating to shield a car’s exterior and paint from sun damage, debris, moisture, and other environmental contaminants. They don’t just offer protection, though. High-quality paint protectors also improve a car’s shine and finish, making it look as stunning as the day it rolled off the lot.

Waxes are liquids or pastes that primarily consist of naturally occurring, organic substances. The automotive detailing industry utilizes three types of wax: carnauba, montan, and paraffin. When applied, they form a barrier that wears away over time from exposure to outside elements.

Paint sealant typically refers to products that mimic wax’s characteristics but consist of synthetic rather than organic substances. They are generally more robust than wax but also share the same drawbacks; e.g., high temperatures and car washing soaps.

One of the most recent developments in auto detailing is silica-based sealants, which act differently than wax. Rather than sitting atop the paint, these silica-based sealants produce a curing effect upon application. This curing creates a chemical bond with the surface on which the sealant is applied, making it incredibly resilient to car soap and environmental pollutants.

For many people, the choice between wax and sealant depends on personal opinion and how the car is used. For display or show cars, wax is ideal since it provides a much warmer glow and depth to a vehicle’s painted surfaces. For cars that will be used on a daily basis, however, paint sealant is better—particularly those that are silica-based—because it offers a much more significant degree of protection.

Re-post our material is not allowed without permission.